Broken Glass and Dreams: America's Street Stores Struck by Both Riots and Epidemics

Broken Glass and Dreams: America's Street Stores Struck by Both Riots and Epidemics 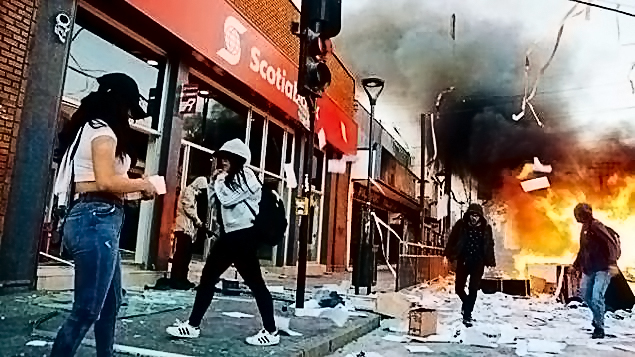 I'm sure 2020 will go down in human history as the year of the epidemic, with the global economy continuing to languish and trade frictions between countries increasing, resulting in significant losses for investors and business people.

Shopkeepers operating stores in major U.S. cities are having an even tougher time, as their livelihoods are being challenged like never before by both the epidemic and the riots. 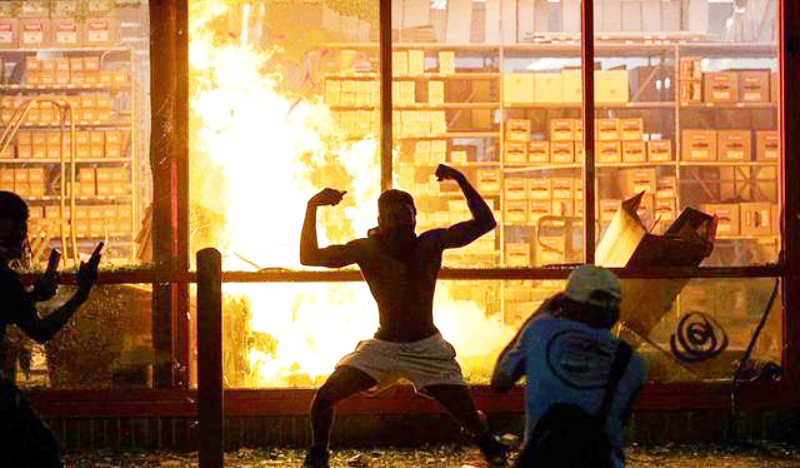 Under a bright red awning in Seattle's Chinatown is Jade Garden, a popular Chinese dim sum restaurant in Seattle, owned by a Chinese-American "Eric Chen". 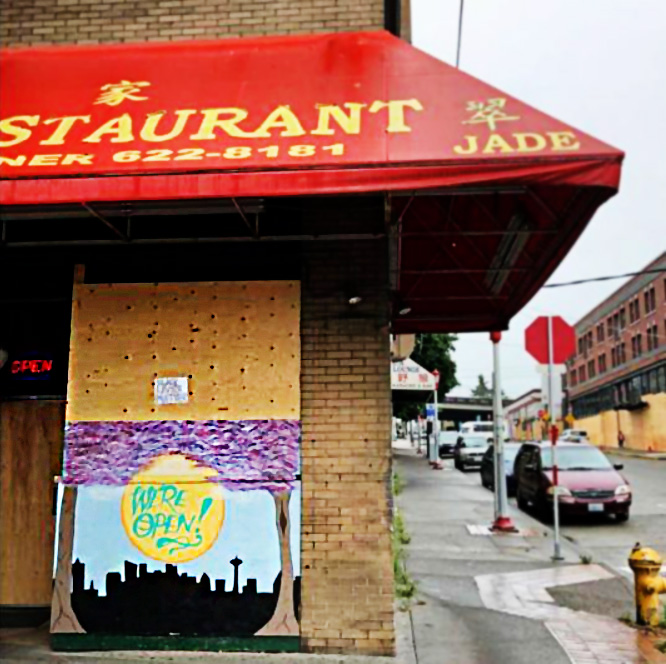 Before the epidemic, Seattle locals loved coming to this cozy restaurant with its relaxing atmosphere. Customers could see steam coming from the kitchen, smell the pork and shrimp dumplings filling the restaurant, hear the takeout phone keeping ringing. And the sunlight streaming in through the windows adds flavor to the food.

Beginning in March, Trump's comments about the origin of the new coronavirus stirred up discrimination against Chinese Americans in some parts of the region. At the end of March, someone smashed the restaurant windows. the The mob did not ransack the restaurant further, but it caused $2,000 in glass damage. And rather than risk installing the glass again, owner Chen spent $1,500 to board up all the smashed windows. 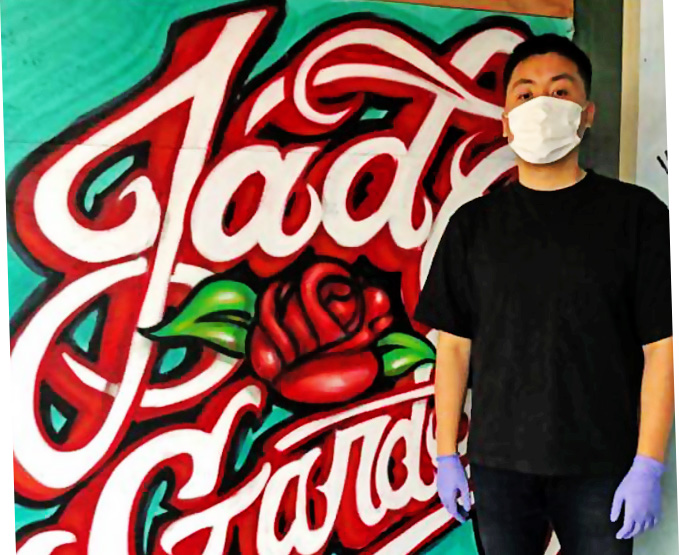 Megan's Carnivorous Plant Gift Shop is a thriving business with two brick-and-mortar stores and an e-commerce website that specializes in making landscapes out of carnivorous plants and placing them in glassware to create miniature gardens in rooms for customers so that anyone can enjoy gardening.

It hasn't been easy the past few months for Megan. During the epidemic, she temporarily closed her two stores in the city and gave most of her staff time off, selling mainly through her website merchandise and delivered it to door directly. Closing the store meant that not only did she face a steep drop in sales, but she was also under tremendous pressure to pay rent.

And with the epidemic stabilizing and the economy recovering, she felt spring had arrived, so she had recently been restocking the store, ready to open for business.

But in the early hours of Sunday morning, her phone suddenly rang loudly. After picking up the phone, a friend told her that the poly shop had been broken into by protesters, so Megan quickly turned on the surveillance and saw protesters at the frantic smashing of her shop, a pot of landscape succulents for sale all turned to pieces.

When Megan walks into the store at dawn with a floor of broken glass, she sees alcohol-soaked paper products and plants, shards of flower pots all over the floor, destroyed artwork, a damaged cash register. And a laptop was stolen.

And these are only temporary damages, the potential future costs will be even more expensive, costing $16,000 just to purchase new landscape glass for the store, which is even more than the rent on her store for half of the year.

Megan said, "As a black business owner, I am heartbroken for my fellow black people who are going through this. At the same time, I also sympathize for my fellow citizens who have to take to the streets to commit arson and vandalism. Because they have no other better expression way to make their voices heard."

Behind the broken glass of all the stores is shattered dreams.

From Chinese restaurant in Seattle to liquor store in New Jersey, from plant shop in North Carolina to restaurant in Minneapolis, the destruction caused by protesters is another serious blow to shop owners who have been already suffering from months of epidemic.

Speaking of glass, let's start with a story. One night in 1998, then-Georgia's president, Shevardnadze, was on his way home by car from an event. Because the security was not very tight, dozens of assassins with assault rifles suddenly emerged from hiding by the side of the road and attacked the car. Shots were fired and even grenades were thrown wildly. The president's limousine was beaten to death, but the president was unharmed. Of course, it's thanks to the president's bulletproof limousine, a limousine with bulletproof glass, that the president survived a barrage of bullets and grenades. of the fragility of this layer. And it spreads that kinetic energy out, so you see the glass nearby shatter as well. Since most of the kinetic energy can be spread out, when the bullet hits a layer of pliable glass inside, it does very little damage.

Generally, bulletproof glass is unidirectional, though there are two-way ones as well. The unidirectional generally has two layers of glass, each with a different purpose, the outer layer is fragile, while the inner layer is relatively pliable, and the middle layer is relatively flexible. There may also be padding. When a bullet strikes the outer layer of glass at high velocity from the outside, a significant portion of the kinetic energy of the bullet is absorbed because of the fragility of this layer. And it spreads that kinetic energy out, so you see the glass nearby shatter as well. Since most of the kinetic energy can be spread out, when the bullet hits the layer of pliable glass inside, it has very little damage.

This glass is widely used in cars, airplanes and even spaceships, and with the advancement of science, bulletproof glass is now even more versatile and technology has advanced tremendously. 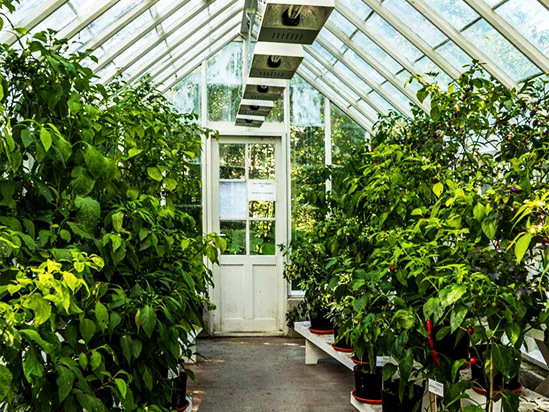 Teach you how to choose a greenhouse 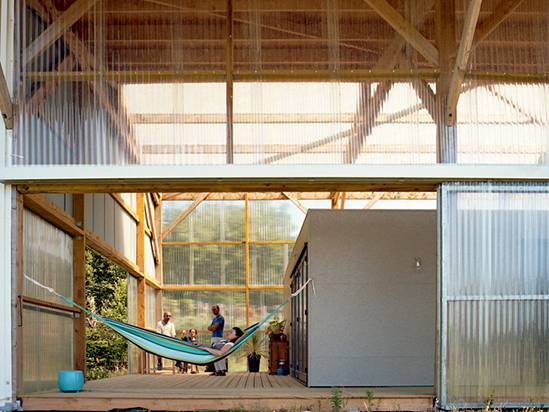 Everything You Need To Know About the Application of Polycarbonate 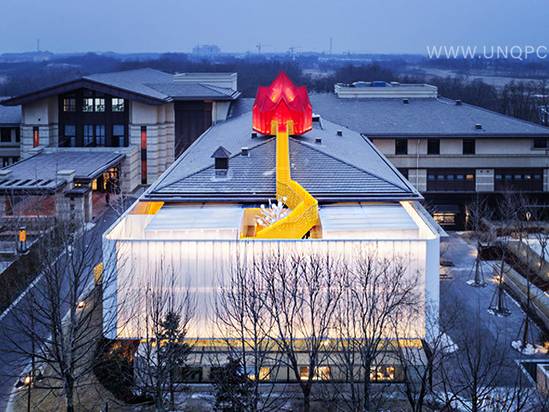 What is the advantage of Polycarbonate? 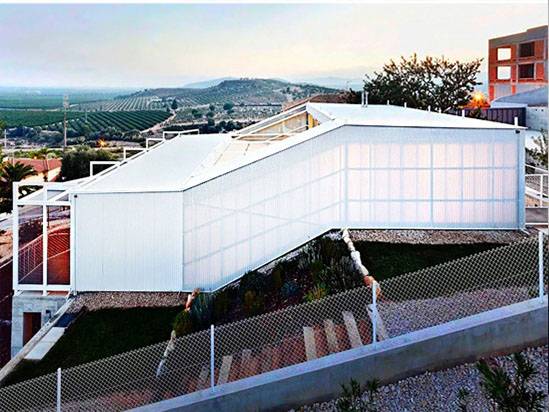 If you want to fill your house with sunlight, how can you do without a PC skylight! 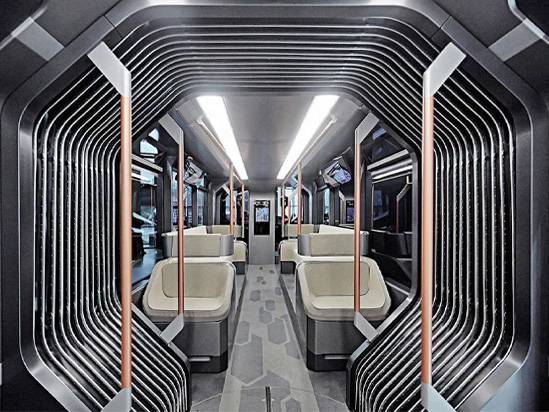 Application of Polycarbonate sheets board in transportation industry 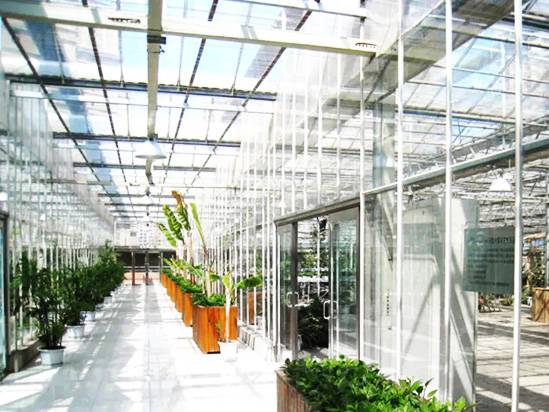 The new application of PC Sheet in the greenhouse saves money and labor! 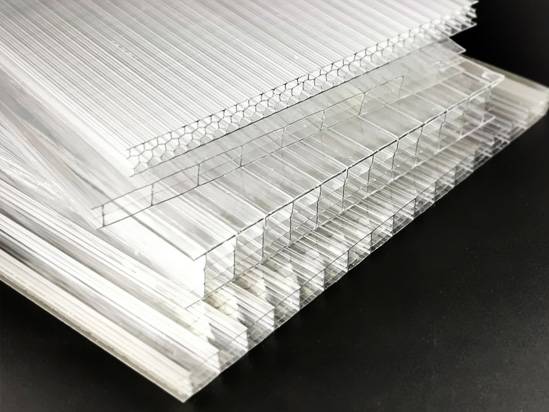 Whether the greenhouse hollow-polycarbonate-sheet will work, it all depends on whether there is anti-fog function! 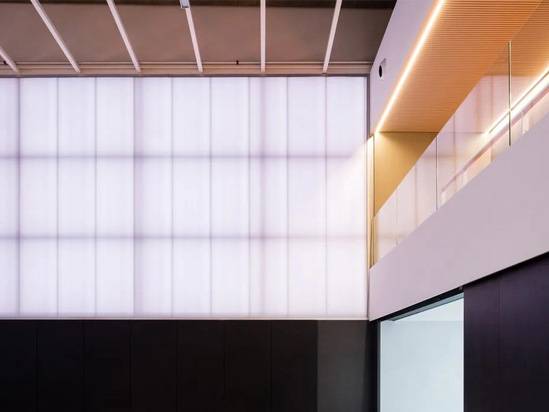 If you want to know the service life of the Hollow Polycarbonate Sheet, how can you do it without looking at the anti-aging properties? The U lock polycarbonate hollow sheet is durable and there is no risk of water leakage! 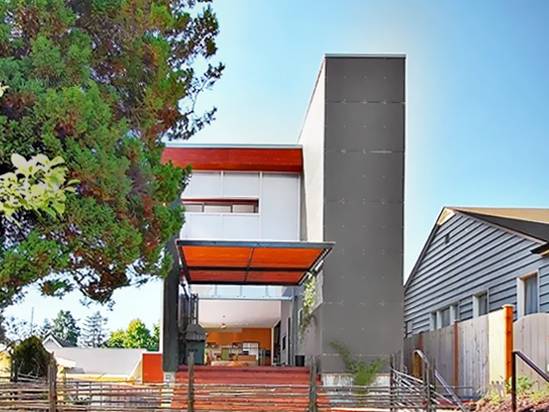 PC sheets can only be used as building materials? It also shines in other fields! 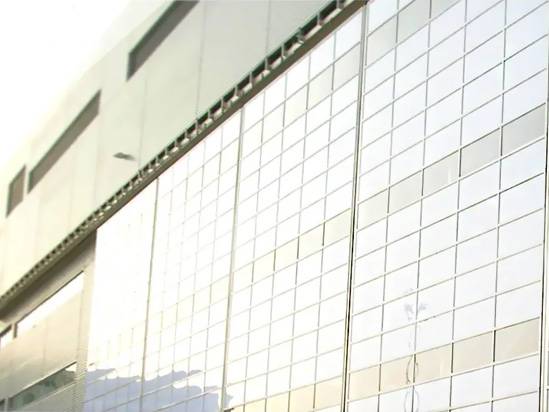 If you don't choose the right sealant, the Polycarbonate sheets will suffer! 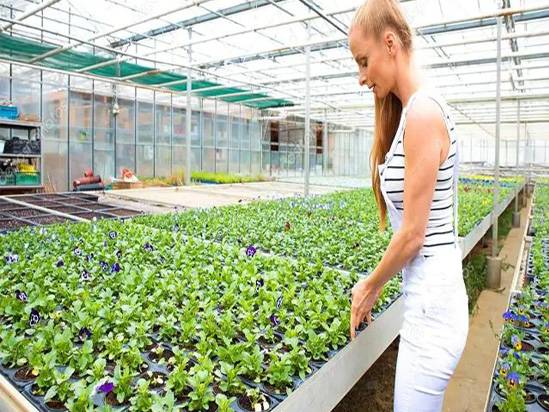 The greenhouse uses low-weight pc hollow sheet, The harm is more than a little! 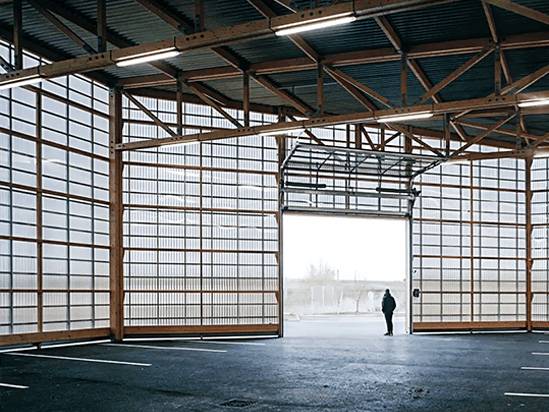 Without professional equipment, you can tell if the Hollow Polycarbonate Sheet are with or without UV! 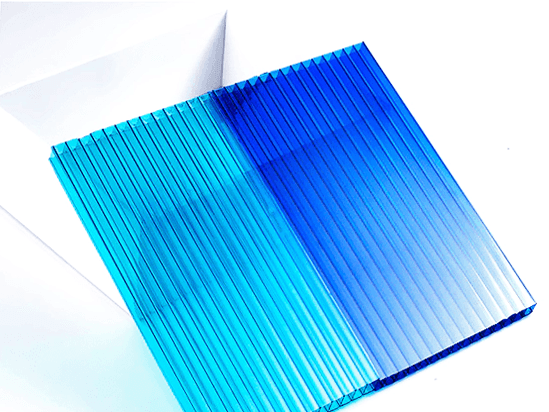 There are different types of polycarbonate sheet, energy saving and environmental protection each have their own prowess! 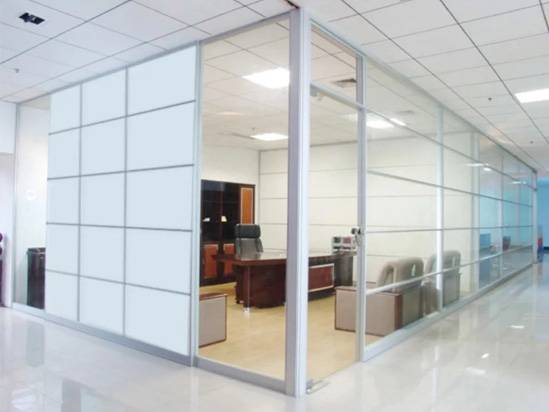 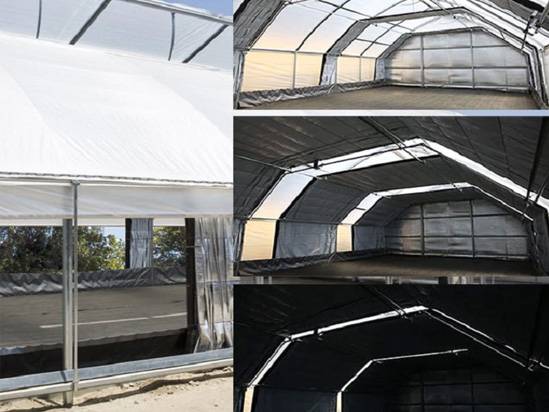 Two things must be taken into account when it comes to hollow pc sheet for greenhouses! 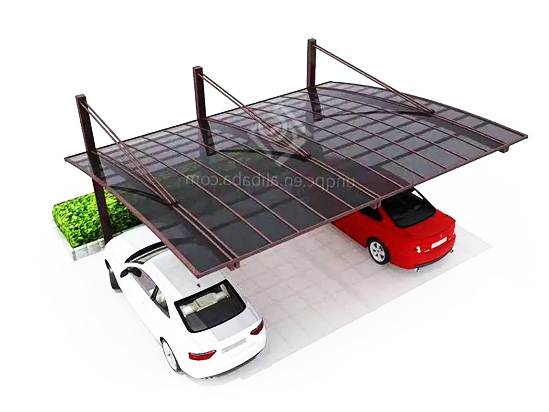 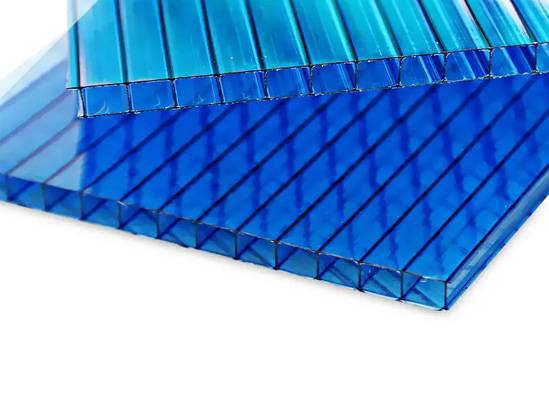 What will cause the crack of polycarbonate hollow sheet?

How shall we check the quality of polycarbonate hollow sheet? 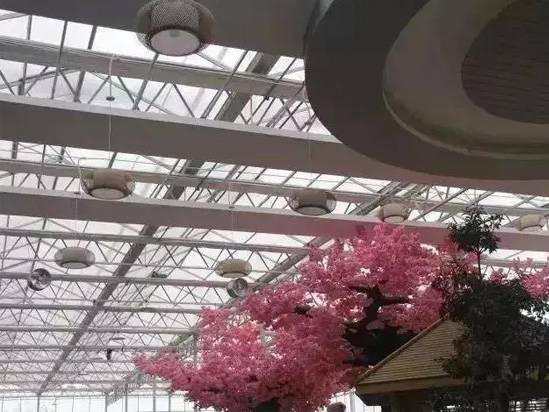 Why this restaurant's face value is off the charts, just because it uses Unique polycarbonate sheet! 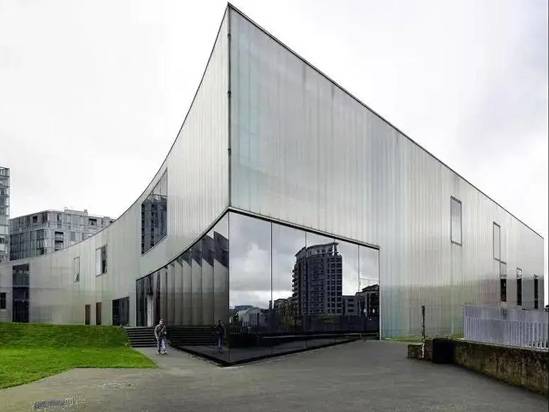 How would you like to build a house that faces the sea and blossoms in the spring? 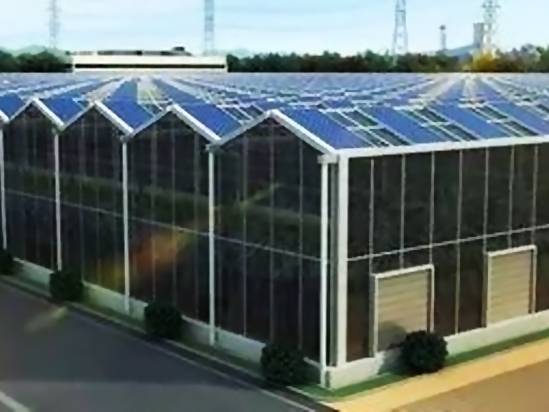 With so many types of greenhouses, what are they all costing?
Comment
0/0

Submit successfully
We will review as soon as possible